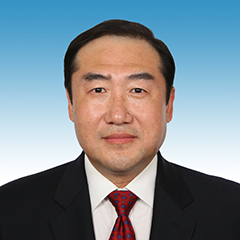 Mr. Zhang Shaogang, a Han Chinese born in Qingdao, Shandong province in April 1964, started his career in August 1988 and joined the CPC in June 1987. Zhang graduated with a BA in International Political Science from Peking University, and a MA in Public Management from Carnegie Mellon University, USA.

Mr. Zhang has been serving as a member of the CPC Leadership Group and Vice Chairman of the CCPIT since April 2020.