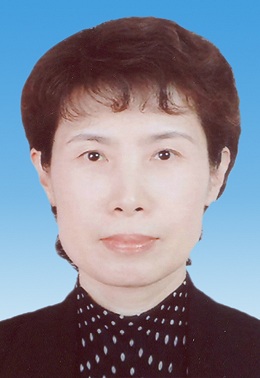 Mme. Gao Yan, a Han Chinese born in Beijing in November 1958, started her career in March 1977. She graduated from Renmin University of China in 1982 and joined the CPC in April 1985.

Having worked successively as Deputy Division Director of the General Office of the Ministry of Foreign Economic Relations and Trade (MOFERT), Division Director of MOFERT and later the Ministry of Foreign Trade and Economic Cooperation (MOFTEC), Deputy Director-General of the General Office of MOFTEC, Director-General and Spokesperson of MOFTEC and MOFCOM and Chief of MOFCOM Information Office，Gao was appointed Vice Chairman and member of the CPC Leadership Group of China Council for the Promotion of International Trade in August 2003. She represented the Chinese government at the Aichi World Expo in Japan and sat on the Organizing Committee of the 2010 Shanghai World Expo. Gao had been serving as Deputy Chief of the Liaison Office of Central People’s Government in the Macao SAR from August 2006 before her appointment as Vice Minister and member of the CPC Leadership Group of MOFCOM in May 2013.

Mme. Gao Yan has been serving as the Secretary of the CPC Leadership Group and Chairperson at CCPIT since August 2018.