China stares at 'growth vs deleveraging' 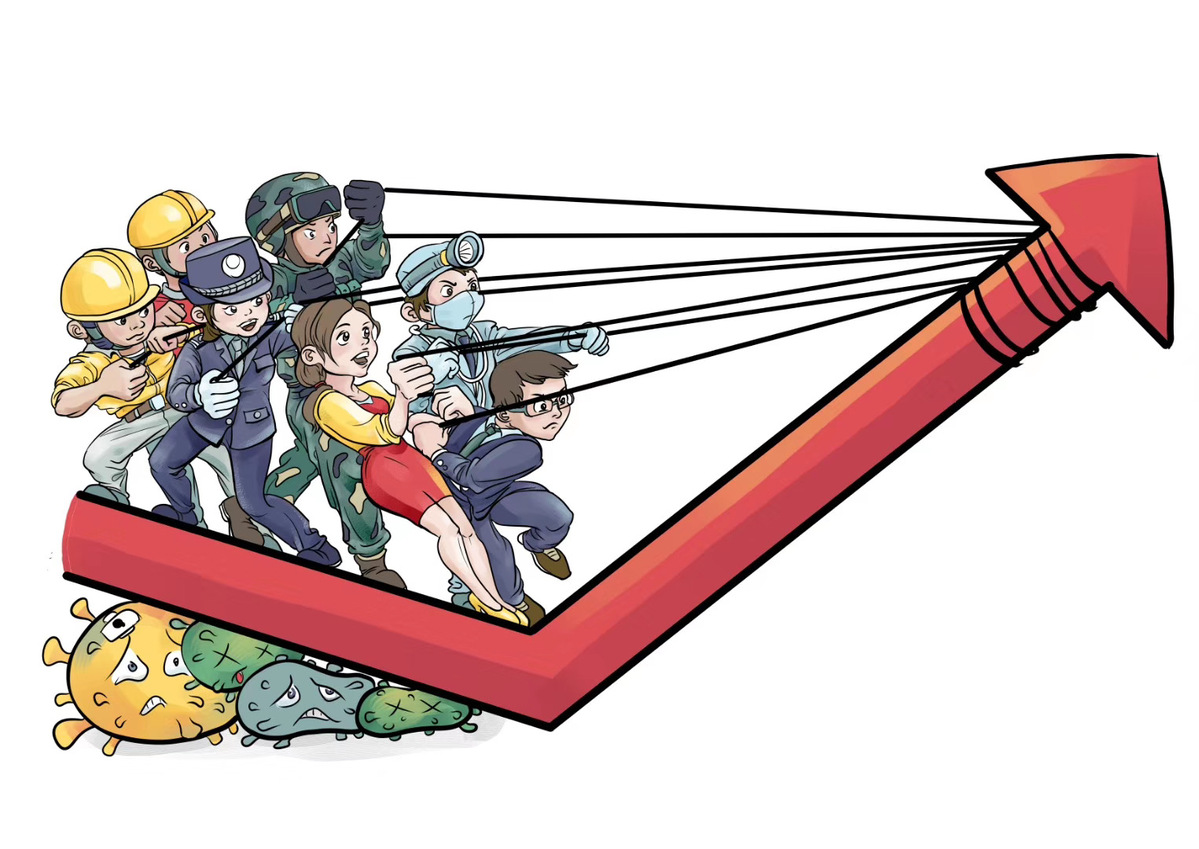 The extent to which the authorities will prioritize growth over financial deleveraging will, however, depend on the duration and severity of the virus outbreak and the type of stimulus measures used. [Photo/China Daily]

China's deleveraging campaign may halt due to the COVID-19 outbreak, as local governments will need to raise more debt to plug financing shortfalls due to the higher spending on infrastructure construction.

The extent to which the authorities will prioritize growth over financial deleveraging will, however, depend on the duration and severity of the virus outbreak and the type of stimulus measures used, said a research note from global credit ratings agency Fitch Ratings.

Local governments may have an inclination to issue more bonds this year due to the slower economic growth as a result of the virus outbreak. Fixed-asset investment will continue to be the strongest driving force for the world's second-largest economy this year amid weak consumption and exports, economists said.

The Ministry of Finance said on Tuesday that it has allocated a new local government bond quota of 1.848 trillion yuan ($264.9 billion) this year, much earlier than before, to accelerate the fundraising process and strengthen infrastructure investment to stabilize the economy.

As of Monday, local governments have issued bonds worth 854.26 billion yuan, which exceeds the amount of 782.14 billion yuan in the first two months of last year, according to China Central Depository and Clearing Co Ltd.

To implement a proactive fiscal policy, the State Council has said it would deliver the local government quota in advance, to accelerate infrastructure investment－the most effective way to shore up GDP growth in the short term.

In the quota, 558 billion yuan is for local governments' general bonds, and 1.29 trillion yuan is for the special bonds－a type of debt instrument used to raise funds for infrastructure construction projects, according to the Ministry of Finance.

Usually the new bond quota is allocated in March after the annual national conference of the country's top legislature. This year, the quota was delivered from January, with the first batch accounting for 1 trillion yuan of special bonds.

The curbs on traffic, weak consumption and delayed recovery of production could drive down GDP growth by about 1 percentage point in the first quarter, some institutions predicted.

Before the outbreak, some experts predicted that this year, the quota for special bonds may increase to between 2.95 trillion yuan and 3 trillion yuan. But the growing number of infected patients indicates that it will still take some time for things to return to normal, and that in turn will prompt the government to raise the quota and ensure that enough funds can be used for epidemic control work and to promote recovery of economic growth afterward, said Zhang Xu, the chief fixed-income analyst at Everbright Securities.

Special loan concessions, with lower lending rates offered by a looser monetary policy, will facilitate financing measures to stabilize the real economy, but it may lead to further buildup of financial risks in light of China's already-high debt leverage, according to Fitch Ratings.

In 2019, the total quota for both general and special local government bonds was set at 3.08 trillion yuan, including 2.15 trillion yuan of special bonds, according to data provided by the Ministry of Finance.

In order to ease the fiscal pressure on local governments, China accelerated the allocation of special bond quota and let the local governments issue bonds as early as in January. By the end of last month, the ministry said, the issued special bonds reached 714.8 billion yuan, or 55.4 percent of the advanced quota. Henan and Sichuan provinces have finished the issuance of the first batch of special bonds.

"We think the government is likely to step up the easing measures to support the economy," because of the negative effects of the novel coronavirus outbreak, said Shan Hui, an economist with Goldman Sachs (Asia). "Infrastructure is still an important lever for the government to boost GDP when needed."