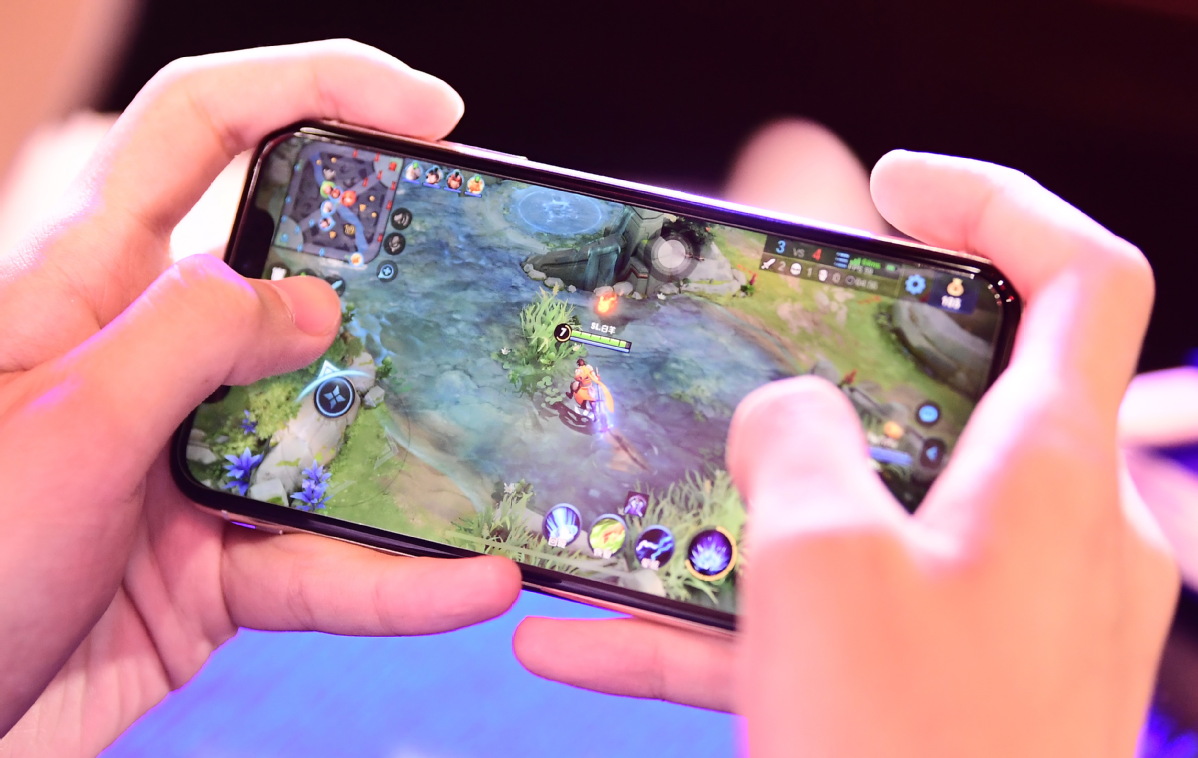 They have attracted hundreds of millions of players, which resulted in millions of downloads. A very large number of people, who are finding themselves stuck at home in the current situation, are seeking entertainment to kill time and keep boredom at bay, market insiders said.

Revenues of the top 10 to 60 games surged more than 100 percent during the same period.

Industry analysts said many blockbuster gaming titles have seen a significant jump in play time. In-game purchases during the period surrounding the Spring Festival holiday have also risen as people shift from real-world activities such as traveling and movie-watching to online entertainment such as online games during the epidemic period.

Wang Lin, an analyst with Huatai Securities, said the Chinese gaming sector is holding up well during the coronavirus outbreak.

"Online games have seen a gradual surge in downloads ... and the uptrend will continue after the holiday," Wang said in a new report. "On the one hand, a number of games have launched special events for the festival to keep veteran players and attract new ones. On the other, the extended holiday has also increased the play time."

Restrictions on physical gatherings due to the epidemic are forcing people to embrace online apps such as games and short videos.

Li Tao, 26, a postgraduate student who lives in Beijing, said he spends around eight hours a day playing online games during the holiday, such as Tencent's mobile game King of Glory and PC game Transport Fever.

"As the university has delayed the start of the new semester, I've got an extended holiday," Li said. "Usually, I'm busy studying and don't have much time for leisure. During this extended holiday, however, I just want to play games. And it also helps me to take my mind off the coronavirus fears."

According to market researcher QuestMobile, pan-entertainment apps and online social media are among the fastest-growing platforms. Online users spent nearly 11 percent of their leisure time on mobile games.

"Considering the increase in leisure time brought by the extended holiday and the restrictions on real-world activities, we expect to see a growing demand for online social networking and online entertainment. And people will spend more time on social apps, short videos and mobile games," Wang said.

Wang highlighted the social features and the strong interactive functions of online games, saying games can bring unique experiences that other forms of entertainment cannot offer.

"Online games can offer immersive user experiences in various forms, and they also can meet people's social needs. If the restrictions on physical gatherings continue, mobile games with certain features will continue to see a surge in play time and daily active users."

Although actual data are not yet out, TF securities estimated that King of Glory's revenue may have reached 2 billion yuan ($286 million) a day during the Spring Festival period. It predicted that Tencent's Game for Peace may have gained as many as 100 million daily active users during the period.

"Owing to the novel coronavirus outbreak, most people will choose to stay home, with public activities canceled and travel plans stalled," said Wen Hao, an analyst with TF Securities, in the report.

"People will shift from real-world activities to online entertainment. Games, especially mobile games, will likely be the biggest beneficiary of the coronavirus-triggered disruption."

China's gaming sector showed signs of a strong rebound during the past year, as the highly lucrative market generated revenues of 233 billion yuan in 2019, up 8.7 percent year-on-year.

Wen said he expected the gaming sector to perform better than expected. "First, online games are holding up well during the coronavirus-triggered disruption. Second, we do take a rosy view of the sector's long-term development, boosted by the opportunities brought by 5G technologies, the go-global trend of gaming content firms and other factors."